The Incredible Power of God! 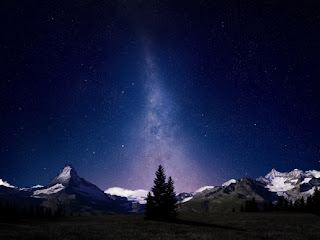 Its not everyday that you hear an incredible story of survival. Channing Moss - a US soldier stuck with a live bomb in his stomach, survived and lives today. His story also shows that even in such times, there are people with humanity and kindness left in them. His colleagues and friends who rescued him and the doctors who operated on him stood by him even though the unexploded grenade in his guts posed a life threatening danger to them. The crew of 5 hospital staff that operated on him had been given the option to leave the surgery but yet they stayed on, going beyond their allegiance to the Hippocratic oath.

Its not less than a miracle that a man survived something like a bomb in his stomach. Its like when its not your time to go, when God wants you to be here, you will be here, no matter what happens to you. Trials and tribulations come your way and if he is with you, you can make it through them.

I mean look at this story, this man - a soldier, yes they are trained to not over-react to life threatening situations but still, he himself must have experienced that moment where he must have thought that "this is it, I am not going to make it!"

His friends, those doctors, must have that moment that "Hell why am I doing this, will he make it, is it even worth trying?"

All of them are heroes, they stood the test and they triumphed. God was with them, he showed them the way.

He also showed us the way. There are nice people around, helpfulness, caring, togetherness, friendship, trust and much more facets of humanity are still alive and thriving.

He also showed us that Life is truly beautiful, and he is there with us even in our hardest times.

He showed us that there is no one truly with as much glory and power as himself - one minute he could make you near death and the other give you life.

An important lesson is to not give up when you are down and out cos God will help you sail through!
Musings