Television in the Times of Swine Flu :P 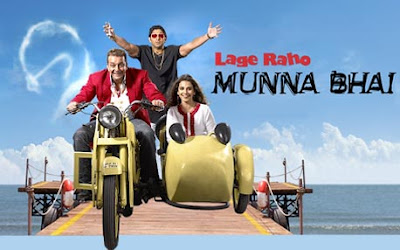 I am of the opinion that something thrown at you again and again influences you in some manner or another. It’s a fact the first stage of learning is always observation that is why during developmental stages of life, infants and young children observe and imitate any behaviour around them. For some reason, we are wired in a way that we always find it easier to ape the negative things than the positive ones.

The villain/bad boys are often shown to be more attractive and glamorous in advertising and entertainment. Remember, Spider Man III – Peter apparently has more fun when he is bad! Entertainment propagates things that sell no matter how good or bad they are. Inspite of this, I feel that the trend being followed by reality television today and television as a whole is disturbing. Watching fighting, screaming, abusive Indians all the time does not make us happy. People are more tense today than ever before, cut-throat competition, the pressure of multi-tasking, increasing commute period, inflation, lure of brands that were never available before, lifestyle diseases, all make us more irritable than before. You deal with an enormous amount of stress during your day, you slog hard, ward off competition and then head home. On the way you probably get stuck in a traffic jam or come across road rage. You reach home, get fresh, heat your food or cook and then you finally switch on the TV to relax and there it is in front of you – Prime-time reality show! Be it celebrity housemates or swapped mothers – a group of scheming, shouting, unhappy and fighting people greet you. If you switch to a news channel, there will be a debate which is more like a fight. The debate will not have a conclusive end and often at times it will instigate hatred or anger in you.

Maybe you identify with the characters on TV, maybe they express feelings that you feel but cannot express for a co-worker, friend, boss or a family member. Maybe you feel happy that you are not the only one, even celebrities feel emotions the way you do but in the end what is hurled at you is a cannon of negative emotions. Jealousy, lies, deceit, contempt, gluttony, lust, anger, envy, malice and sorrow. You dealt with all this your entire day and then you get this on your television and you sleep with this on your mind. The entire time you are awake, negativity surrounds you. Look at Big Boss, I couldn’t find a single male contestant with any sort of values or respect for women. Dolly spent a lot of time shouting and fighting but the men, was it nice the way they came and stood in front of her, is that how a woman is treated? Roadies – the auditions itself make me sick – a bunch of weird characters and a judge who is supposedly so great because he is rude and abusive. Now, Maa exchange, just with 2 exchanges done so far, these ladies have the capability of spoiling the respect or veneration one feels when one thinks of a mother.

It doesn’t help to be surrounded by negative emotions all the time. Television and entertainment can bring about changes in society; a different movie that comes to mind is Lage Raho Munnabhai – who could have thought the teachings of Mahatma Gandhi can be used in these times? A reality show that talks of good values would be a sensation in these times and maybe it will help us learn the good values again. If nothing, why can’t we have comedy again on TV? Before the never ending Saas-Bahu sagas, Ekta Kapoor doled out sitcoms and we watched them on primetime. We laughed our blues away everytime Sweety went to open a door with a song. We need to feel good at the end of the day and more than anything we need role models who do good even if they are acting so that in the real world we can try to be good and uphold the values that humanity stands for.