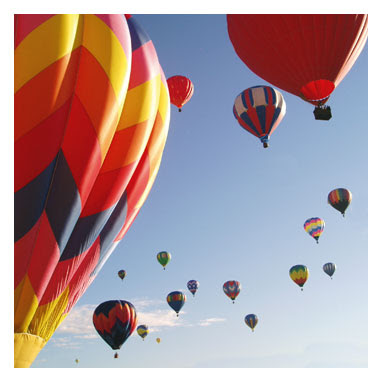 Yesterday I came across this interesting presentation called Brain Rules for Presenters by Garr Reynolds. Creativity is curbed in a classroom and in a cubicle. The presentation is based on cognitive science and states how you should make use of simple facts such as low attention span of humans while making presentations. Its not a new concept, it’s a fact that our attention span never lasts more than 40 minutes at a go, and that is why most school periods are of the same duration. A double period of course is a big pain in the a%#! Surprisingly most people just carry on with lectures eventhough this fact is well known, isn't that cruel?
I have sat through some immensely boring lectures and some immensely interesting ones in my school and college days. I cannot really recall the boring ones, or any principles I learnt out of them but the inspiring lectures still tug at my heart and bring with them fond memories now and then. One such class I attended was quite awe inspiring, I never thought, schools and teachers could let students have so much fun in class! I was doing my 12th from a school in Texas. The place I lived in was famous for Hot Air Ballooning. On any given day, when I woke up and looked out my home, I could spot at least one hot air balloon soaring in the sky. Little did I think that time that one day I would create my own hot air balloon and set it to fly in the sky.
When second term of the Chemistry class started, our teacher – Mrs. Moon told us that she has a fun activity planned out for us. She asked us to get together in groups of three. I got together with my desk partner Ashley, and another girl Jennifer. We were given long sheets of thick colorful rubber like substance, tape, scissors and sketch pens. Mrs. Moon told us to cut the rubber thing out into big hot air balloons and tape it together and decorate it as we like. We were also asked to name it. Ashley, Jennifer and me started working on this. It wasn’t easy as we had to cut out a really big shape but we were really excited. The entire class was buzzing with activity and excitement. I think it took the whole class 2 days to get the thing together. The entire class created balloons and decorated them as they liked. We were having a tough time naming our balloon though. We wanted a unique name for our balloon. Ashley came up with ‘Nubbin’, the name of Chandler Bing’s third nipple. I thought it was ridiculous but that’s what made it special. Our entire class thought it was a funny name and since we couldn’t come up with anything else for our hot air balloon we christened it Nubbin.
The third day, we were to fly our hot air balloons in the school grounds. That was really a huge surprise because we didn’t think that we would actually get to see them flying. We all rushed to the school grounds with our hot air balloons. There were some people there, who fired up our balloons and one by one, we saw our balloons soaring in the sky. It was the most beautiful sight! To create something so different and then see it soar in the sky – it was truly exhilarating!
Chemistry was one of my favourite subjects in school but I never ever thought that I would actually get to apply chemistry in such a fun manner. Even kids who didn’t like Chemistry enjoyed this particular activity a lot. It’s really hard to forget the ‘Nature of Gases’ if you get to see it live in action.
Teachers or presenters don’t always have enough resources to turn every class or office meeting into a spectacular learning experience but even small creative twists make a difference. I have always enjoyed an interesting even if organized at a small level ‘creative twist’ more and have regarded it as of value to me than a well financed but boring event. How about you, don’t you feel creative experiences are of more value and have a higher recall than the boring ones?
Creativity