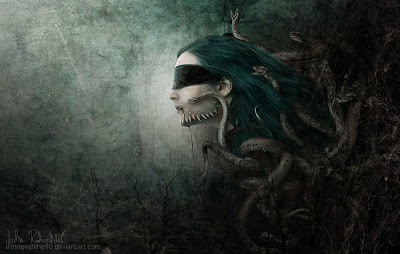 
Sometimes an incident happens around you and you are left wondering at what the world is coming to and more importantly what can you do to stop such a thing from happening.

I was returning home yesterday by Public transport. The city has a rule that the seats on the left side of the bus are to be reserved for women passengers, however nobody really follows this rule. One cannot blame people for this also as the Public transportation is really deficient when compared to the volume of people who use it. Yesterday evening, there were 2 ladies sitting and 2 standing near the last 4 seats in the left row. They were in the age group 25-30 years and dressed traditionally in simple salwar suits. A few men were also standing around them and the bus was crowded.

One of them started some hanky panky touching and sick activities and tried to molest the 2 ladies who were standing. They both asked him to behave. Out of the other men who were standing there, one really supported the ladies and gave the man quite a sound-off. It was something to the effect that "people travelling in buses are all good and simple people who are tired and returning home from a hard day's work. Its bad enough that the bus is crowded but molestation is something that they should not be subjected to and you should understand this".

Some time passed, the sick molester got down at his stop and after a bit got on the bus again. This time he had something similar to a baseball bat in his hand and he started hitting the man who had spoken in support of the ladies. He started abusing the man and hitting him blows like anything. In the process, other people around the man including several ladies also suffered some blows. People were shouting but no one came to the aid of the nice man, finally that man managed to push the abuser out of the bus. There was a lot of talk after that, everybody had something to say but none could really act when their effort really mattered.

This guy got away with molestation and with beating so many people especially the nice man who had raised a voice against him. What he instead deserved was a beating more than anyone else and a visit to the police station. All this because no one could act. People knew he was wrong but most did not have the inclination to leave their seat and come to the aid of the nice man, even the conductor and driver were absolutely quite.

People don't realize that women need to be respected. I have seen many times, when a female asks for the seat in the name of the left seat reservation rule - every single man in the bus protests but when a female complains of misbehaviour or molestation, there is pin-drop silence as if its her fault that she got subjected to such behaviour. Yesterday for a change, a man spoke in support but he got beaten up. Out of the total 25 men in the bus, not even one came to his aid. Why, even if one man had the courage, the two of them together could have taught the single miscreant the lesson of a lifetime. Instead, we all learnt that apathy is the order of the day. Every good thing that forms humanity is withering away.
Social Evils