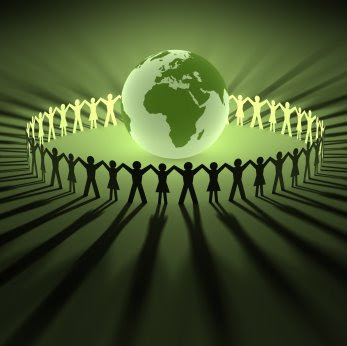 (Image from the internet)


I think one can't say enough on the state of environment today. June 5th was World Environment Day and as always it brought along a reminder to care for the environment. I am not going to blog about what everyone says but what I have seen myself. I live in the city of Pune. The city has a pleasant sort of climate, neither too hot nor too cold. This kind of climate is a rare thing to find in India and so the climate factor did a lot to make many individuals into patronizing citizens of the city.

The population of the city saw a major rise after the 93' Mumbai blasts, a lot of families moved to Pune thanks to its comparatively secure neighbourhoods as well as proximity to Mumbai. The city's colleges were always amongst the top in the nation and the city's reputation as an educational hub also grew manifold times leading to a rise in student population over time. This lead to a lot of development, particularly in the construction sector. Due to a larger population, electricity and water and various other resources have also seen quite a setback. The city's civic bodies are largely to blame for the state. They have allowed haphazard construction to take place in absolutely unoccupied areas. They have allowed buildings to crop up so close to the hills that one hears of incidents of people's flat's walls' being knocked down due to landslides in the area. The cropping up of such buildings has also lead to deforestation on a large scale. Hills have been denuded and leveled down so as to allow construction.

Coming to the traffic scene, the civic body sanctioned construction in such a manner that there is no scope for wide roads in most areas. At a time when we have more and more cars, this causes a lot of congestion. Congestion in turn leads to burning of more fossil fuels. The areas where there was scope for road widening was often also the home of large and beautiful banyan trees. The city had many beautiful roads surrounded on both sides by banyan or tamarind trees. These trees were ruthlessly chopped down and broad concrete roads were built. It was a good move, yes, we do need wider, better roads but we also needed the civic body to plant some trees to replace those that were chopped.

Today when we have more cars and everyone knows that, its something that cannot be reversed as such, still the civic administration has built cycle tracks on the wide roads. The cycle tracks that no one uses, not even cyclists and that leads again to congestion. Not to forget its a wastage of land. At some place the cycle tracks are built in such a faulty manner that to access a shop laying behind the cycle track you need to jump a divider like structure, in short the cycle track is not at the same level as the area reserved for parking cars. The only problem is accessing that area also becomes too difficult due to such faulty construction of cycle tracks. Then there are road dividers, the civic body keeps building really broad and weirdly shaped road dividers which are a wastage of land. They are also not painted well so visibility becomes an issue for night-time driving. These factors are not helping the environment but creating congestion. Congestion in turn causes one to move slowly in a car or vehicle thereby the consumption of petrol, diesel etc is higher. Not to forget the increase in auto fumes and resulting air pollution.

I think one of the major changes that Pune has seen due to environmental pollution is a change in climate. The city now sees soaring temperatures during the summer, as high as 43 C, and colder winters as well. Sometimes inadequate rainfall is also a problem. This leads to more power cuts and water supply issues. The city that used to see a power cut only on thursdays at a time, thursday being maintenance day, now sees power cuts for almost 6 to 8 hours daily. Upto last year it was a 3-4 hour power cut schedule with thursdays being reserved for longer power cuts, but this year we have seen power cuts for upto 10 hours even with no fixed timings. With respect to rainfall and water conservation, the problem is more of the lack of a rainfall harvesting system. Yes, deforestation and global warming have affected rainfall but even now a lot can be done with the help of a rainwater harvesting system in place. And this is not Pune's problem alone, why even Mawsynram(near Cherrapunji, Meghalaya), the place with the maximum rainfall in the world faces a water scarcity issue. It pours like anything there but we don't have a rainwater harvesting system and all that water is just lost.

Construction in India has had one effect that has compounded the water problem. Indian towns and villages had man-made lakes, 'bawris', wells and ponds. They held enough water for the people living in a given area but the way cities developed, no one paid attention to these structures. Infact you will still find some of these structures in villages but most of them are facing neglect today. Fountains, lakes and ponds do not serve only a 'beauty to the eye' function, they also serve us well with water needs. Construction in cities like Pune has neglected water sources totally. It has also been allowed to flourish in such a manner that open spaces and parks are a rare sight. They do exist but not in every area. No one remembered that families have children and they need to play. Parks and open also allow some space for trees.

Pune like other Indian cities also deals with the problem of garbage disposal. Compost pits in every area should be a must but their value hasn't been realized till date. People also litter on the road. The attitude is that "well, everyone throws on the road, if I don't, it will hardly make any difference". Unfortunately, its the wrong attitude to have.. we all need to take steps, however small they may seem, to help the environment. Do not litter, even one of us by not littering is making a difference. Please take whatever small steps that you can. You can and have to work towards preserving the environment. I never litter, I carry things around with me, whether in a bag or pocket till I find a dustbin. I would love if you share what is it that you do to preserve the environment. If you have any green ideas, however small and simple they maybe, please do share.
Nature