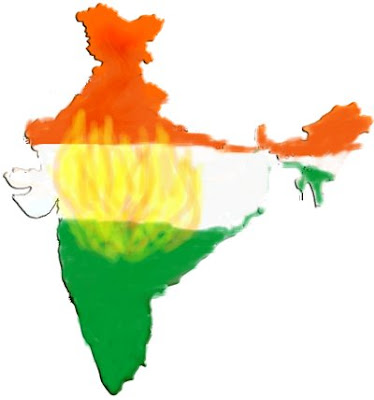 The week is coming to an end. The event that shook the nation this time was the attack on a leader from Punjab. The leader in question is a self proclaimed Guru of the Dera Sachkhand. Punjab is a state of India where the predominant religion is Sikhism. Sikhism, Buddhism and Jainism are three religions that grew from Hinduism in opposition to the caste system. The three religions are based on a caste free premise, where all are equal in front of the Lord.

A unique development that has been happening in Punjab for some time is the formation of Deras. Deras are something like sects formed of Dalit Sikhs. They generally have a leader who claims to be a Living Guru, something again, against the tenants of Sikhism. So basically you have a set of people who kind of consider their Dera leader akin to God. His words are followed blindly. Political parties in Punjab have thus started appeasing Dera Gurus because that way they get assured amount of votes.


These are facts so far and there is more to go. Read on...


The British had a policy of divide and rule. Have you ever wondered why the enmity between Hindus and Muslims is higher than between Muslims/Hindus vs. any other religion? Its mainly because the last Mughals laid some foundation for a Hindu-Muslim discord. The British, they took those seeds of discord and made them bloom into a full grown tree. Not to forget the role of some of our dear freedom fighters who were so power hungry that they thought it was best to let the partition of India happen.

Not much has changed in Indian politics since then except that the hunger for power has only magnified with the growing population and changing societal norms. The constitution intended to abolish the caste system. Its said, Ambedkar wanted reservations to end after 10 years of the Constitution's birth. Our politicians felt otherwise. They continued reservations and used it as a tool time and again to attract votes. The situation has reached such a point today that now we have demands for reservations for Dalit Sikhs, Dalit Muslims; Buddhism by itself is totally under reservation, and Jains also enjoy some minority status. The point to be noted here is that these are religions that a majority of Indians adopted in revolt to the caste system. Caste system is only a part of Hinduism so how can anyone from these religions be called a Dalit?

The most interesting part is how the leaders of India campaign for elections by violating every single tenant of the constitution. We have a leader shouting I am "Dalit ki Beti", whereas another will shout that "We are Yadavs", not to forget the shouts for "Hindu ka Bharat" and "Mussalman ka Hindustan". Even the ones who say we are for a secular India do not finish without promises for upliftment of some religion, some caste or community, not to forget the promise for increased reservations.


Who is working for India and the Indian?


Moving to the current event, the violence that broke out in Punjab, this isn't the first time we have seen an incident of such a nature. A new trend is to destroy public property. Common people or party workers when enraged take no time in destroying public property which costs a lot of money. They all go scot-free and one hardly hears of any punishments for the same. Now, the said Dera leader was injured in Vienna and trains were harmed in Punjab..a question that comes to mind at such a time is, how is it helping the public by destroying things that are for them and their welfare? And shouldn't they be punished for this? I mean if the public is largely full of fools then we can't let fools go scot-free especially when they cause damage to such a large magnitude.

The people feel very happy that so and so leader is from their caste but they fail to notice that that leader has hardly made any difference to their welfare or the country's welfare on the whole.

A big excuse for all this is illiteracy and poverty but there has to be something done to avoid the current slaughtering of unity that the Indian politicians are carrying out in the name of caste, language, religion, secularism and more. I think its important to give the judiciary more power and make everyone who even mentions these words, punishable by law.
What do you feel about all this?