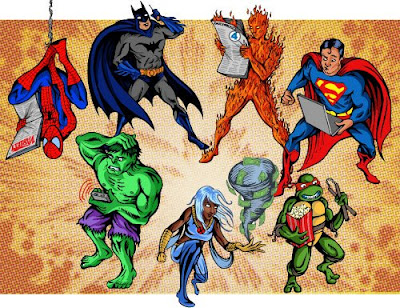 
I am a sucker for Movie Series'. Even if the sequel of a movie isn't that great, I have to watch it to know what its about, what failed and what was appealing about the movie.

Yesterday I heard that The Matrix trilogy is being extended and we would be seeing a new fourth sequel this year. I am a big fan of The Matrix trilogy and well was quite sure that nothing of the sort is happening. Still to double check I did some search online and found some videos on YouTube on the same.

They seem to be created by fans, most of the videos are named Matrix 4: The Matrix Reentered, though there are a few that go by the name of The Matrix Rediscovered. Apart from these I also stumbled upon a really funny video on Spiderman 4. A spoof of sorts. It was hillarious and starred Drake Bell from Drake and Josh (Nickelodeon) fame.

Well I am interested in Spiderman 4 as that Spiderman happens to be my favourite Superhero. Actually I like all superhero movies. So I searched a bit to find the villain in Spiderman 4. A highly popular chance is that it may be The Lizard. It kind of had me in splits since yesterday I was complaining about the lizard problem at my place and today I was reading about Spiderman's new enemy who is also a lizard.

Well there is still time for Spiderman and Superman but what's round the corner is Harry Potter VI. The movie is expected on July 18, I believe and I am really looking forward to it. I am also waiting for X-Men Origins: Wolverine but it seems the producers and multiplex owner tussle will cost us to miss out on the movie for sometime.
Comics