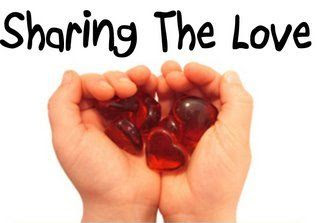 Yesterday I read an interesting post on a friend’s blog. The post was about love and linked to a love letter written by a lesbian. Its from the movie V for Vendatta. In the letter, the lesbian talked about love, her life and the things she had to undergo because she loved another woman and not a man. The point that struck home was that all over the world homosexuals are beaten up, looked down upon, are victims of hate crimes, and or are forced to enter into heterosexual marriages. Why – because they are different?

Two years ago, when I was in university I had conducted a survey on homosexuality, the way people perceive it. A lot of surveyed respondents were students like myself but I was appalled at their perception of homosexuality. Most were against it. What I felt at that time most of all was that who are these people to decide how an individual lives his or her own life? And these are the very same people who claim to be cool and modern and believers of the principle – Live and Let Live.

A big argument that is held against homosexuality again is the disintegration of ‘family’. Yes, its important to have a normal family but if families with multiple divorces, single mothers and incest can exist than why the discrimination against homosexual families. It dwindles the population? Really? With majority of us being heterosexuals can it really dwindle the population?

Sometimes I feel people are so stressed in their lives that they just need an outlet to express their anger and frustration. The ‘different’ people thus become easy scapegoats. People can be criminals or good citizens, sexual orientation really can’t be used as a means to classify who is what.

Its important for people to realize that love, humanity and tolerance are not just words. The lessons you learnt in moral science are still relevant. Remember this is our world and lets make this a better place for you and me to stay.
Social Evils